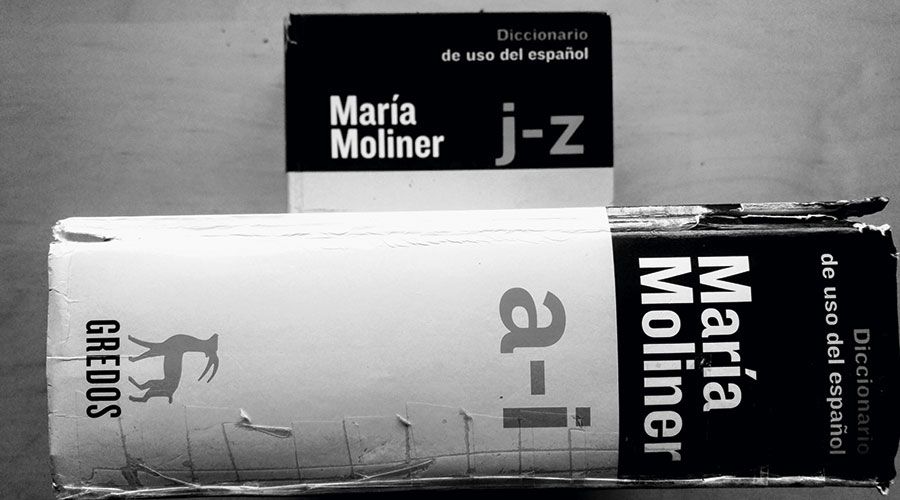 The woman who wrote a dictionary

That was the title Gabriel García Márquez put on his article published in 1981 where he shows a great admiration for María Moliner, author of the dictionary of Spanish Language, considered by many the best one. During this month of March, we celebrate the 50th anniversary of the publication of the second volume of her Diccionario de Uso del Español, which overcame the one published by the Real Academia, converting it in a reference for consultations, “an guiding instrument for the use of Spanish Language both for those who are Spanish speaking as for those learning the language”.

María Moliner “was able to realize a work as never before: she wrote it by herself, at home, hand-written, the most complete, most useful and most amusing dictionary of the Spanish Language”, defined this way by García Márquez himself. She wrote her Diccionario de Uso del Español “during her free time after her work as a librarian, and what she considered as her real profession: darning socks”.

María Moliner (Paniza, Zaragoza, 30th March 1900 – Madrid, 22th January 1981) starting writing the dictionary when her youngest son started his studies to be an industrial engineer, and finished when her children were raised in 1950: “When I was at home alone, I took a pencil, a sheet of paper and started working on a dictionary which I wanted to finish in a short time, in about six months, and finally it took me fifteen years”.

In spite of the reductional image she had as a traditional housewife darning socks, raising her children and writing a dictionary during her free time, Moliner was trained to be and worked as a philologist and lexicographer and graduated at the Facultad de Filosofía y Letras de la Universidad de Zaragoza, with the highest qualifications and Extraordinary Reward.  After having passed an exam, when she was twenty-two years old, she started working in the team of registrars, librarians and archaeologist. After getting married and already with her children, she moved to Valencia during the years of the II República, where she would work as the director of the University Library of Valencia and the project of public libraries. She also collaborated with the Cossío School, inspired in the Free Institution of Education and especially for the organization of rural libraries. After the Civil War, as a consequence of the reprisals of the régime of Franco, eighteen jobs of the team of Registrars and Librarians were suspended and would be recuperated in 1958.

The high value of María Moliner and her Diccionario de Uso del Español, is that, using a simple and precise language, offer the reader not only the definition of each meaning of the word – normally included in any dictionary in general-, but also information on the its constructions with prepositions and its most usual complements, numerous examples, notes on the uses, numerous synonymous and related words, grammar and etymological indications, and even the frequency of the use of the words and its acceptance.

These few words have been written to show our admiration for this woman, thanks to her love for our language and a titanic effort (she used to get up at dawn and worked all morning without any beaks and after a small siesta she continued working until night), she was able to build the universe of words which nowadays are included in the indispensable Diccionario de Uso del Español.