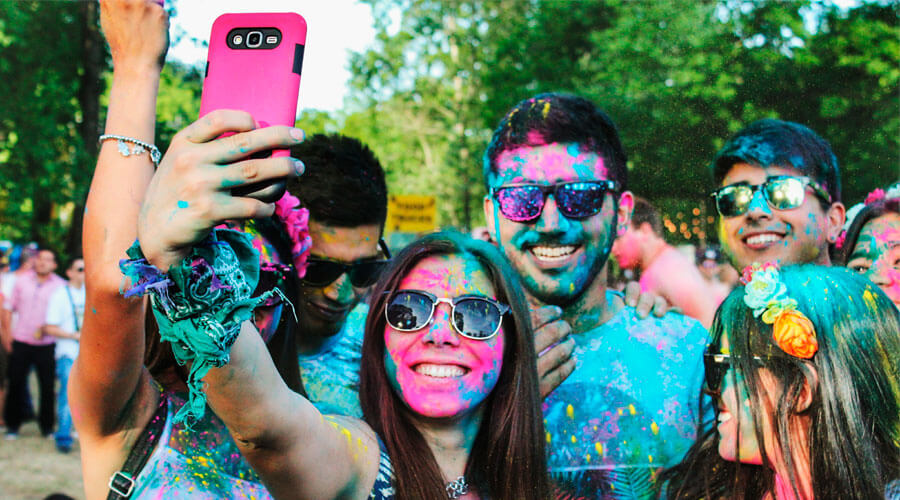 Dictionary to understand the millennials in Spanish

How to understand the language of the millennials?

It is seven o’clock of a spending afternoon in Spring. I sit alone on the terrace of a bar, enjoying a deserving beer after an intense working day.  All tables around me are taken. I decide not to take my cell phone out of my bag and leave my mind blank. I cannot avoid hearing the conversation of a group of youngsters who sit closet o me. They are talking too loud driven by the enthusiasm appropriate to their youth. I pay attention to the conversation and …. Awful!: they speak Spanish, but I am unable to understand a great part of what they are saying.  There is no doubt: I am sitting next to a group of millennials!

It is not easy to determine with any certainty the age group we refer to when talking about millennials. Without going into an in-depth analysis, and in general, we can say that under this label, we can include all those born between 1982 and 2004 approximately, that have in common having grown up in a globalised world and being the first digital and hyperconnected generation. These circumstances have a decisive impact on their way of expression, seeing that a great part of their lingo comes from English and the social networking, which they share with other from all over the globe.

Which generations can we distinguish?

Throughout the twentieth century youngsters have been grouped in different generations according to the social and political circumstances of the concrete period they were born and have grown up:

– The Generation Y (1983-1993): the first generation born in full process of globalization, consequently many Western youngsters share the same values and have grown up with the start u of digitalization. These youngsters are also known as “ninis” (youngsters who do not study nor work) and have been called lazy, individualists, bourgeois…, but we also owe them the impulse to healthy living, healthy eating or environmentalism.

– The Generation Z (1994-2004): this is the generation that we can consider post-millennial. These youngsters are digital natives, the first ones to be born in the digital age, consequently they master completely the new technologies, which are their natural environment and they spend a great part of the day connected (we speak between 6 and 10 hours daily).

On this millennial generation, technological and globalized, the future of our world depends; therefore the smooth intergenerational comprehension and communication is indispensable. Here, we wish to make our contribution, explaining the meaning of some of the most common words used by our millennials youth.

Dictionary to understand the millennials:

BAE: This word, formed by the acronym of the English expression “Before Anyone Else” is one of the most caring a teenager can use to refer to someone he/she loves very much.  It can both refer to a sentimental or fraternal love: “He is my bae”.

CRUSH: A sudden and captivating falling in love, what we have been calling love at first sight or even platonic love: “Pablo is my crush”. Nevertheless, the crush can disappear at the same speed as it appears.

INFLUENCER: Those persons who become popular (they reach a lot of followers) in the social networks, generating contents on an ability, a hobby or a special skill they might have (music, fashion, humor, videogames, etc.) and convert this into their way of life.  Their survival depends on the amount of likes they achieve with their publications.  They are the celebrities of the twentieth century.

GHOSTING: It consists in ignoring someone in a radical way and cut, without any notice, any type of communication with that person both by phone as on the social networks.  It is aggressive and immature attitude, characteristic of those incapable to deal with conflicts as a grown-up.

HATER: The “hater” is the social network user who criticizes destructively someone or something, even reaching the defamation, for irrational reasons.  The hater, when he has a fixation on someone, attacks mercilessly everything the other person says, does or publishes on the social networks.

LOL: This is used when something is so funny that a hahahaha is too short.  LOL, acronym proceeding from laughing out loud  or lots of laughs, means to burst out laughing, It can also express sarcastic laughter.

MAINSTREAM: Something that is into fashion, a trend that everyone should follow, sometimes so common that it may be found vulgar.

MOOD: One of the most common words used by millennials worldwide. It is an English term which means “state of mind”. In many occasions it is used to indicate that you are not in the mood to do something: “ I am not in the mood”.

OUTFIT: With this word the millennials refer to clothing and accessories someone is wearing, what previously we used to call clothing, dress and, more recently, “the model”. Also, as an adjective, it is used to refer to the clothing of a season, a clothing line, or that is used in certain occasions: summer outfit, part outfit, wedding outfit, etc.

POLIAMOR: Before we used to say we were having an open relationship, and it consists in having love affairs and/or sexual relationships with different persons simultaneously, with the consent and with the knowledge of all involved in the “poliamorosa” relationship.

POSTUREO: The “postureo” is the “pretending to be” we used before, but in the digital era it is extended to the social networks to generate envy among our contacts: those incredible pictures we enjoy seeing spectacular sunsets or sunrise on marvelous beaches, delicious meals, outrageous outfits …

RANDOM: This word is used as a wild card, seeing that its significance has evolved. First it was used to refer to something aleatory, something depending on chance, unexpected; its use has extended that much that something or someone simple, vulgar or ordinary, can be converted into random. Sometimes, it is also used when something is inappropriate.

SALSEO: Millennials use salseo to refer to any controversy or discussion taking place on the social networks. You can participate actively or just enjoy watching their development looking at your device screen.

SHIPPEAR: It consists in linking two persons you consider should be together under the same name, without having any connection between them. Regular targets of shippeo are fictional characters, movies o entertainment programs, those whose followers would like them to be a couple. The shippeo “Almaia” (Alfred and Amaia from Operación Triunfo) became reality.

SPOILER: To do spoiler is to anticipate the end of a series, movie or book. We all have the typical friend who loves to reveal the ends.  If you are one of those jokers, who enjoys, for example, revealing the end of a series, be careful because more and more start to detest this practice.

STALKEAR: It consists in opening someone profile in a social network to see their pictures, publications and anything possible.  This practice has always existed, but we used to call it gossip.  We could say that a stalker is a digital gossiper on the social networks.

TRAP: It is a music genre which has reached Spain standing strong among youngsters and has passed the borders of the suburbs to enter the most modern neighborhoods of the cities.  It is a mixture of rap, hip-hop and dubstep.

YOLO: An English acronym “you only live once“. In some way it is equivalent to the classic and very well known Carpe diem of Horacio, which invites you to seize and enjoy the moment, without giving a thought to the future. Millennials use it to justify their actions, even if these entail risks or do not make any sense.

Do you know any other words and their meanings in Spanish? We would love to hear from you?