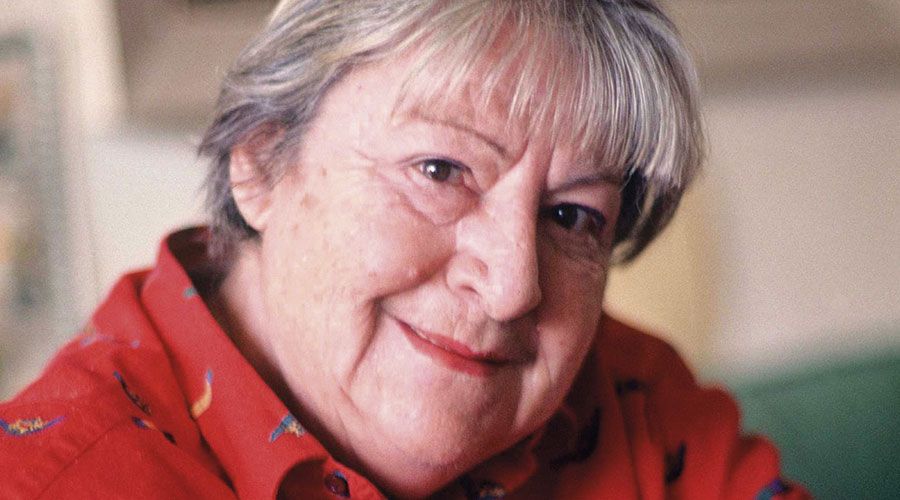 This year we celebrate the centenary of the birth of Gloria Fuertes (Madrid, 1917-1998), and therefore we wish to vindicate one of the most outstanding voices, and sometimes, underestimated of Spanish poetry of the 20th Century. Even though her poetic production for children is the most known, Gloria Fuertes enjoys a strange gift rarely seen in our literary panorama:  her poetry reaches all kind of readers, due to the humanist emotion her works imply.

As a rabid pacifist, she uses words, humor and love as the only possible weapons against war or any violent manifestation, against any type of injustice and as the best medicine to cure any spiritual harm a human might suffer.

The Civil War left her an indelible memory.  The anti-militarism and the protest against the absurd of the civilization appear in her poetry categorically.  As she herself says, «without the tragedy of the war I would never have written poetry ».  As a sequence of the military experience, the work of Gloria Fuertes is characterized by the irony she uses to deal with issues as universal such as love, pain, death or loneliness.

All this embellished with curious metaphors and linguistic games, together with enchantment, freshness and simplicity, give her poems a great musicality and rhythm, closet to the oral language. Spontaneous, entertaining, ironic, nonsensical, transgressor, tender, affective, surrealist, simple, common, genuine and always committed… her person, as well as her poetry, is unique.  Gloria, without any doubt, is as she writes and writes as she is. She always talks in a confidential and friendly way, she makes it all simple and daily, but with the greatness of a spirit able to achieve an immense astonishment before life.

In the compilation of her poems, Historia de Gloria: amor, humor y desamor, she herself reveals, starting with the title, the way she is in the world, as well as the characteristics why her Works are unique.  In the short prologue we can read: “Esto no es un libro, es una mujer”.  She talks about her life, her youth and the difficulties she experiences, the “uncivil” war, that first love that will leave us unforgettable memories; she talks about maturity, when she gives love and receives indifference in return. But Gloria Fuertes does not feel comfortable with the suffering. She knows how to overcome thanks to her healthy and versatile humor, which she uses to deal with the hard problems of life and the world.  For her, the world is a circus, and the human-poet a clown. She would have liked to have been the Charlot of Spanish poetry, even though that behind the smile of the clown, tender tears are hidden.

Gloria Fuertes, the author with a husky voice and deliberately mannish aspect, for whom “nothing human is unaware” was more than just an author of children’s books. Nevertheless, her personality, as that of many other native artists, is very highly appreciated and reknown outside Spain, especially in the United States, where several important critics have investigated her work, her poems have been translated, including them in important anthologies. Over more as a tribute to the centenary of her birth, the flight company Norwegian has decides to name of its aircrafts after Gloria Fuertes, more precisely, a Boeing 737-800, and place a big picture on the tail.  That way, Gloria Fuertes has been converted into the fourth historical Spanish person to receive this acknowledgement together with other relevant persons such as Miguel de Cervantes, Cristóbal Colón and Juan Sebastián Elcano.

The commercial success of her children’s’ books and the attention in the media she received, in some way hid the literary value of her poetry.  In fact, many of those who know her for her tales or poems for children do not know the importance she had on literature during the previous century.  We sincerely hope that the celebration of the centenary of her birth will serve to rediscover and situate her poetry for adults in the place it corresponds.